It looks like IBM takes the top spot in The Civic 50, a new scorecard on America’s community-minded companies produced by Bloomberg LP in partnership with the National Conference on Citizenship and Points of Light.  The first of its kind to implement a scientific approach to measuring and evaluating corporate civic engagement, the survey ranks companies on community leadership, strategy, measurement, transparency, partnerships, cause alignment and employee civic health. 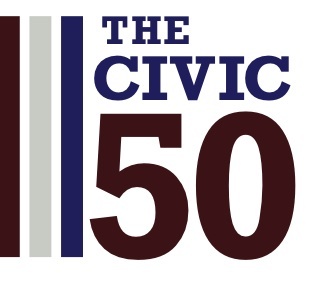 Whether it’s FedEx  delivering emergency medicine to disaster areas or Aetna  tackling the health ailments of underserved communities, projects have more impact when they draw on a company’s strengths. Since it launched a bold push last year to curb obesity in its hometown of Camden, N.J., Campbell Soup has freed up staff to design school menus and fresh produce displays for local stores. It also granted a food bank access to its production lines to turn wilting donations into 54,000 jars of peach salsa that raised $100,000.

Those on the top twenty of the list include:

Take a peek at the other do-gooders here.